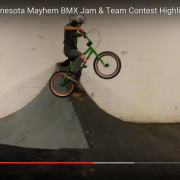 BMX Union joined us last weekend & covered the full event ! Check out the video & all the details THANK YOU AGAIN BMX UNION!

On December 20th, The Factory in Minneapolis invited everyone out for their first ever Minnesota Mayhem BMX jam and Team Contest that Kenny Short organized. It was definitely a different approach than most BMX contests in the world. The concept was pretty straight forward. Have six of the youngest riders at the contest take turns picking team mates of all ages and skills, then they would go head to head on three different sections of the park. Each team had their own jam, racking up points that would be calculated toward one score as a team.

Above is a BMX video giving you a look at the highlights from all the riders on each section!

Check out the results below! 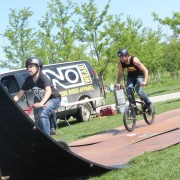 The Factory Rides with NoWear BMX at Loessfest in Council Bluffs, Iowa 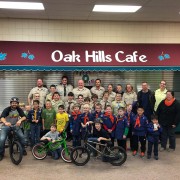